It’s hard not to feel a certain amount of sadness and defeat when I read all the Facebook posts about dress codes for children going back to school.

Here’s where I hop off: implying that my daughter is at fault for being sexualized. She is four. If seeing a little girl wearing shorts and a tank is the green light men need for becoming a pedophile, well then, I think we might have a much larger problem than girls showing “too much” skin, which, by the way, isn’t a thing.

I am fortunate enough that I haven’t yet experienced this dress code insanity myself, but I have so many friends who are struggling with this issue for their daughters. I know that it will be my future as well because I have two daughters. I’ve already encountered some tough parenting situations.

Most recently I struggled to explain to my four year old why she needs to wear a shirt when she’s playing outside, but her brother doesn’t. She said to me, “but mom, I don’t have a chest yet, I look like Henry” . Fair enough, kiddo. That day, both Grace and Henry played in my driveway shirtless because where could I go with my explanation after Grace’s astute observation.

I’m not saying all men and women should walk around naked or even that I’ll want my teenage daughters to show off their bottoms and breasts, but I am saying that I am struggling to come up with ways to teach my daughters that there is a balance.

Because of our cultural norm, it would be distracting for my daughters to walk around topless once they are older, I get that, and I’m not suggesting that as a solution we let our daughters run around naked. However, to imply that my daughters’ bodies are the cause for men to behave poorly is where I absolutely draw the line. No woman or young girl deserves inappropriate attention. If a man cannot control himself when he sees a young woman walk by, regardless of what she’s wearing, that is the man’s issue, not my daughter’s.

And now, my bigger concern, what are we as a society teaching our daughters? We are reinforcing men’s….what? Stupidity? Overwhelming sex drive that cannot be controlled, or worse, shouldn’t be? If my daughter can’t wear a tank top to her school because it is a distraction for boys, then I don’t want her attending that school.  Is it so full of sexual predators that a boy need only glimpse my daughter’s shoulders to feel entitled to objectify and pursue her inappropriately? Yikes.

Frankly, parents of boys should be the ones outraged. As a society, we are collectively saying your son is a sexual monster who cannot be exposed to female skin without morphing into a predator. I have a son, and I hate to imagine my son as the cause of inane dress codes. What does that say about him. If my son cannot be in class with girls who wear tank tops, have breasts or wear shorts, then I need to help my son, not change my daughter’s outfit.

I don’t have any concrete answers or any earth shattering ideas about how to combat this barbaric dress code issue. I am glad I have some time before my daughters are old enough to have their own outrage and frustrations. Although, with Grace, I’m already seeing it, because she’s already seeing it, and she’s four! 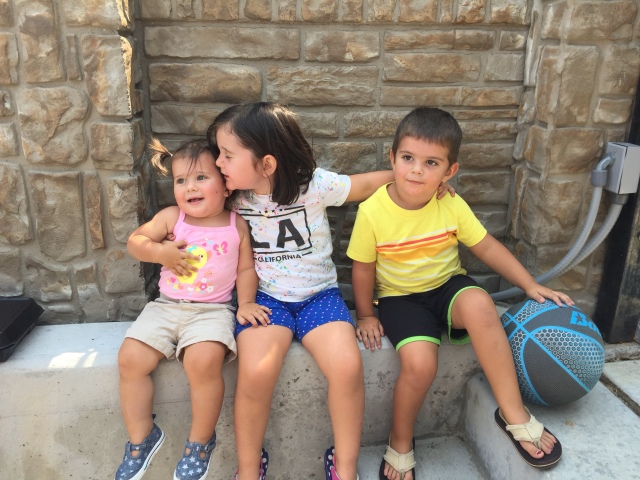