Fed is best. Why is this even a debate?

Do I think it’s important to try breastfeeding first, sure, but only if the mother wants to. Wait, what??!!! What about the baby? Well, I hate to ruffle feathers, but I actually think the mom is more important, or whoever the primary caregiver is.

All three of my kids were fed differently as babies, but they’re all doing pretty well, and I’m assuming that that’s in part because they were fed.

My first baby was huge. Like, a giant. I hate to brag, but I grew a baby that was 10 pounds 11 ounces….*inside* my womb. Feeding her was no joke. And, in fact, I was lucky because my milk came in super early, she was feeding all the time and she was gaining weight like a champ. I was nailing this new breastfeeding thing! Right?

So wrong. So, very, very wrong.

At the hospital the nurses kept congratulating me on “fabulous milk production” like I was intentionally rocking this. They told me my baby was a great eater….well, right? She was huge. I mentioned to the nurses that I didn’t think I was doing this right and my concerns were dismissed because she was gaining weight and feeding regularly. So, I went home thinking everything was fine and I’m just a wimp when it comes to breastfeeding.

But I got home from the hospital and I was like, should breastfeeding hurt this much? Should I be bleeding? I mean, she doesn’t even have teeth. Should I be resenting my newborn daughter every time I feed her because of the pain? Finally, some saint said to me, “you know, you don’t have to breastfeed, you can use formula” and I just broke down. I started sobbing and felt overwhelmed with relief. I don’t have to endure this anymore? Cool, cool, let’s get some formula right now.

After that I was a much better parent. I actually wanted to feed my baby and even more importantly, we enjoyed our time together rocking, feeding, and no one was crying in pain. Also, my sweet little babe started sleeping through the night at 4 weeks old. So, for baby number one, formula really was best, all things considered. And if we aren’t considering all things, aka, mom’s health too, then what on earth are we doing?

Baby number two I was able to nurse until he was about four months old, then my supply dipped and so I supplemented with formula and that, of course, didn’t increase supply, so by four or five months he was fully on formula. It didn’t feel like a huge deal to me. In fact, I was pretty proud of myself for breastfeeding for a good few months, and I didn’t really worry about him switching to formula too much. I mean, don’t get me wrong, the mom guilt was there, boy was it there. But, I got over it, fed my baby and he’s now a strapping young 3 year old.

then there is baby number three. She was the worst. For some reason I felt this desire to try to breastfeed her for a full year. I felt like I finally had the hang of parenting (because at that point I was really just keeping tiny humans alive) and I was determined to finally get the hang of breastfeeding.

Well, Sophia threw a lot of wrenches into my plan. By month four I was so over it. I found out I had to give up dairy and soy and I was miserable, she was not gaining weight, it was a mess. I tried to switch her to formula, but couldn’t find one that worked with her delicate little system and it was exhausting. I mean, let’s be honest, if there had been a formula that didn’t cause pain and terrible reflux to my baby I totally would have given that company all my money. But, as it was, I gave up dairy and soy and eventually things got easier.

At Sophia’s 1st birthday party I mentioned that I was pretty stoked I had made it a full year breastfeeding! Turns out that talking about feeding your child with your breasts can make the party feel awkward. But I was proud. I made eye contact with my husband after it went to crickets and he gave me a thumbs up and said, “that’s amazing, Katie! You’re amazing” which, is really all I wanted to hear. The party continued and Sophia is doing well and I’m amazing.

Just kidding, I’m a mess. Always. But my whole point is this: feed your baby so they grow. Don’t use something stupid like water and miracle grow, but formula isn’t bad and don’t forget to prioritize your mental and physical health. You can’t keep your baby healthy and thriving if you aren’t! It is selfless to put yourself first as a parent in this situation.

And, don’t get me wrong, I’m 100% supportive of breastfeeding. I do think there are more health benefits inside a bottle of breastmilk than a bottle of formula, I think there is something really special about the bond created while nursing, but I think there is a much bigger issue at play. Mom’s mental and physical health directly impact baby’s well being. Formula is good, breastfeeding is better, but taking care of both you and your baby is best, whichever option that means. So, I’ll say it again, fed is best.

Comment from my friend Cassia Mangin and it’s too important not to share. It’s also spot on.

“Fed is best. Supported mothers is better. Absolutely I believe in women’s choice with our bodies -no matter what- I also believe our choices aren’t made in a vacuum, which means that we have to examine context if we want things to be better.

Shaming a mother for her choices is NEVER okay, breast or bottle or whatever.

But, imagine for a moment, what choices would be made if formula – a billion dollar industry that has zero interest in your health or your baby’s health, wasn’t handed out so easily in the hospital unless it was necessary or requested, and it was that amazingly easy to get a breast pump for free instead? Imagine if everyone had access to an actual IBCLC (international board certified lactation consultant) rather than the “lactation consultant” at the hospital who may or may not be truly qualified and up to date on good information? What would happen if women were physically, mentally, and financially supported postpartum during the 4th trimester so we (and our hormones) could HEAL properly and bond with our child, instead of jumping right back into life and stress and pressure? IMAGINE what would happen if pregnancy and labor and birth and postpartum and infancy and just women’s bodies ffs were looked at as natural human things rather than medicalized in order to be capitalized on.

I am totally not emotionally invested in whether someone else breastfeeds or chooses formula. But I am PASSIONATE about making sure you actually have a choice, and in this culture and in this country right now, I don’t believe we truly do.

It is actual fact that breast milk cannot be duplicated and is in fact what is scientifically best for human infants. I am also INCREDIBLY grateful for formula since it is what nourished my oldest when my breastfeeding journey with her didn’t work out so well. She would have starved otherwise.

I do agree that we need to stop having this debate and instead turn our attention and our energies where it belongs – burning the current system to the ground and making it better for women and children.

If women were better supported and more secure, this wouldn’t be a debate anymore. Arguing this debate and saying it shouldn’t be a debate ignores the underlying issues at best and perpetuates the debate (that continues to deflect our attention from those profiting from mothers being unsupported) at worst.” -Cassia Mangin 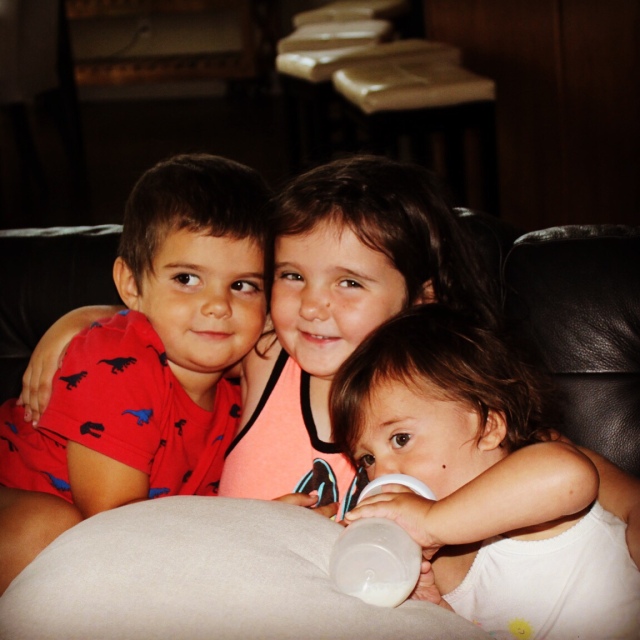